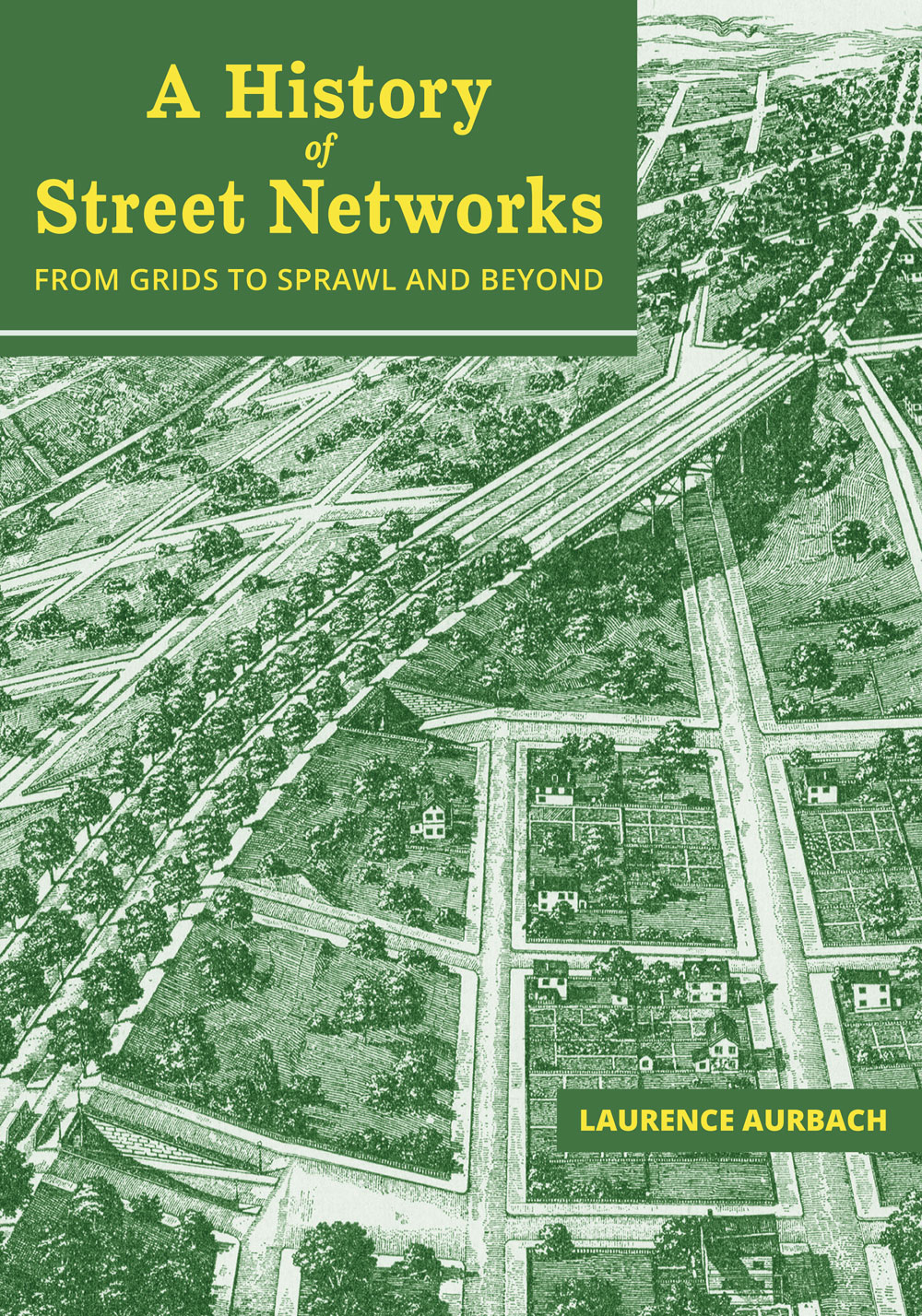 A History of Street Networks:
from Grids to Sprawl and Beyond

Roadway networks are the basic frameworks of cities. They endure for centuries, influencing the ways that cities operate and their residents’ quality of life. A History of Street Networks explores the origins and institutionalization of modern roadway networks, particularly the networks of urban sprawl. The book surveys an international history of these powerful yet unheralded infrastructure systems.

It is a story of far-reaching reform, as dreamers, designers, engineers, and business interests sought to remold urban environments into new and radically different patterns. Traffic separation—the separation of different types of traffic from each other—was a key motive of their city-planning and traffic-engineering efforts. The traffic-separation idea is traced from its international emergence during the Industrial Revolution, to its codification in urban sprawl, to the countermovement of neotraditionalism.

More than one hundred individuals, visions, built projects, and policies are examined, representing the most important efforts to make and control roadway patterns. Comprehensive, detailed, and abundantly illustrated, A History of Street Networks is a valuable resource for anyone wanting to understand some of the major forces that have shaped, and continue to shape, urban environments.

“Laurence Aurbach provides us with a detailed, informative and beautifully illustrated guide to the evolution of street networks as attempts to separate different types of traffic: fast from slow, business from pleasure, pedestrians from vehicles. He reveals standard urban forms, from viaducts and arcades to freeways and elevated railways, as different responses to this need to separate traffic. A well-written and generously illustrated volume. It is a tour de force providing a fresh perspective with the basic hallmark of a classic; making us see the underlying structure behind the taken-for-granted.”
-- John Rennie Short, author of The Unequal City (2018) and professor of public policy at University of Maryland Baltimore County

"Laurence Aurbach has written an excellent history that literally illustrates the creation of the autocentric street network. Olmsted's parkways, garden cities, the Radburn superblock, Le Corbusier’s visions, and the 1956 Federal Highway Act are interspersed with the utopian schemes of Hugh Ferriss, Norman Bel Geddes, and Futurama to tell the story of the massive investment that produced traffic separation. The inevitable congestion that marred the promise of free-flowing traffic sparked a call to reform, and new urbanism and smart growth were the logical responses. While shifts to livable roadway environments have occurred, the fundamental conflict between traffic and sustainability will only intensify. Fortunately, Aurbach has plotted a path that meshes historical logic and innovative urbanism in the quest to secure a livable future."
-- R. Bruce Stephenson, author of Experiencing the Good Life: Sustainability in Portland, Oregon and Orlando, Florida (forthcoming) and professor of sustainable urbanism at Rollins College, Winter Park, Florida


Laurence Aurbach is an independent writer and editor specializing in urban design and sustainable transportation. He has been involved in the new-urbanism and smart-growth movements for two decades, working on a variety of topics including project evaluation, street networks, and green urbanism. He contributed to The Language of Towns and Cities (2012) and The Charter of the New Urbanism (2013).